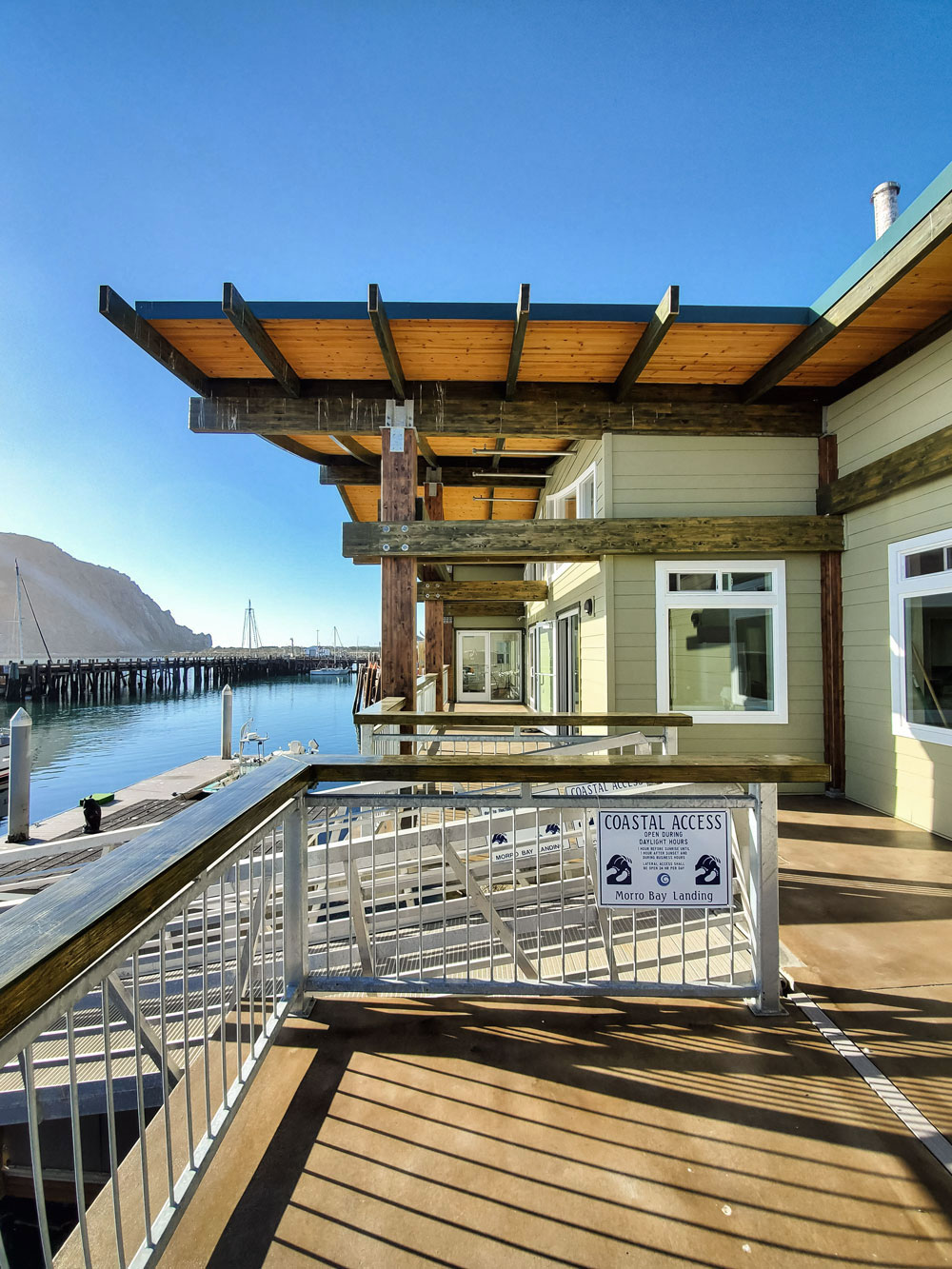 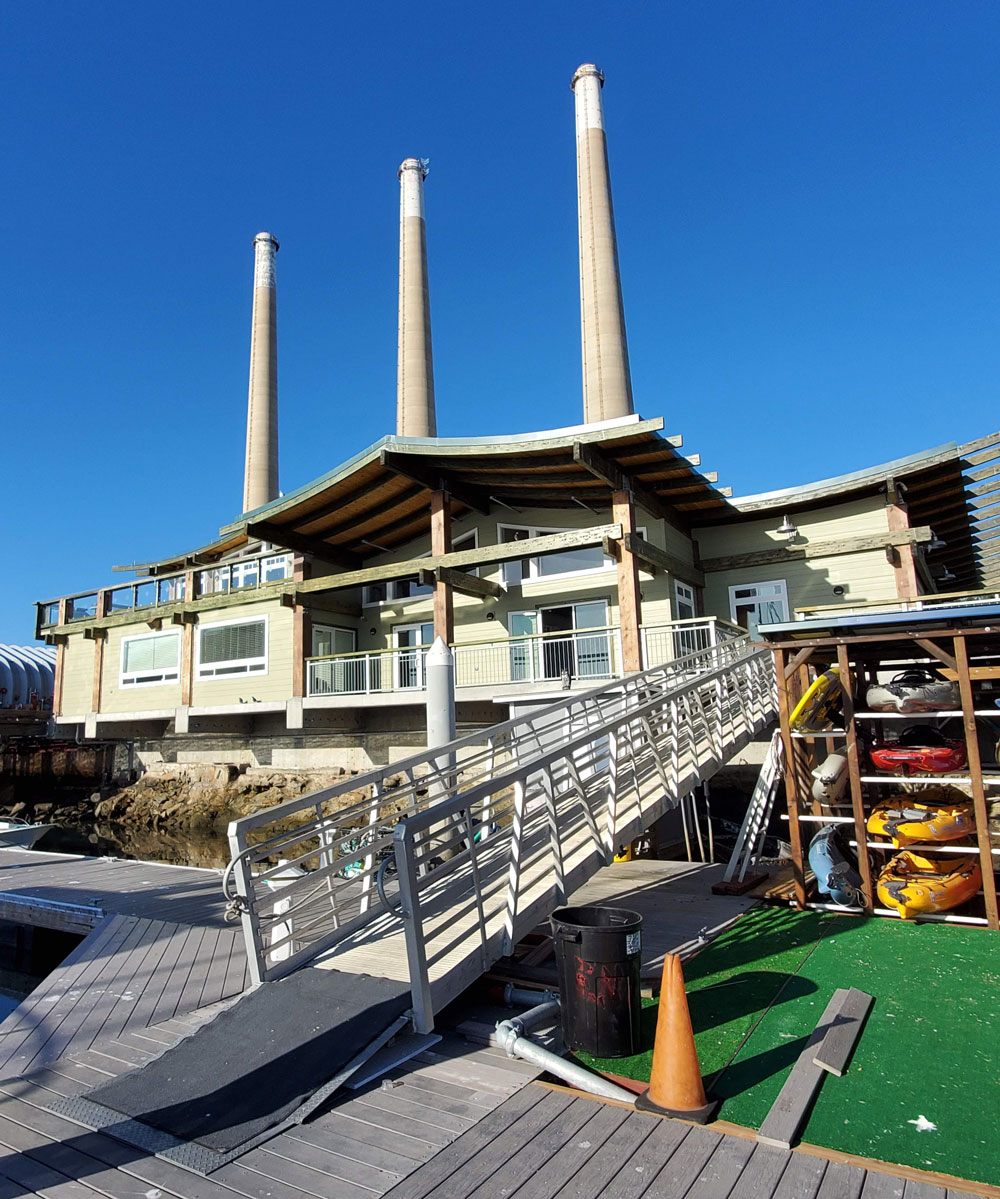 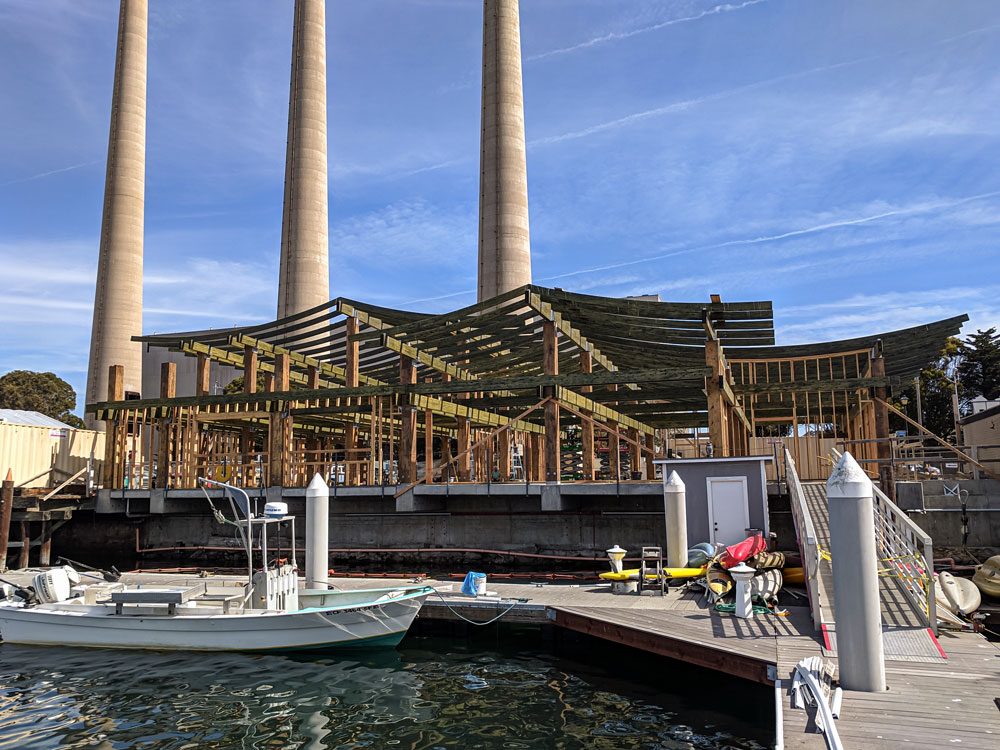 Located on the harbor side of the Embarcadero in Morro Bay, the two-story commercial building cantilevers out eight feet over the water. The first floor is separated into four retail spaces, with the upper floor having restaurant space and a large expansive public observation deck. The architectural design inspiration was that of a wooden pier and the waves of the ocean. This was accomplished structurally by using a large exposed glue laminated timber framing system on a 16-foot grid and large span curved glue laminated roof rafters to mimic the shape of a wave. Being located on the Embarcadero, the building is founded partially on the rock revetment installed by the Army Corp of Engineers when the harbor was constructed and partially on the native sandy soils. This required us to engineer a structural mat slab bearing on a geoengineered soil base with cantilevered concrete beams supporting the structure over the water.